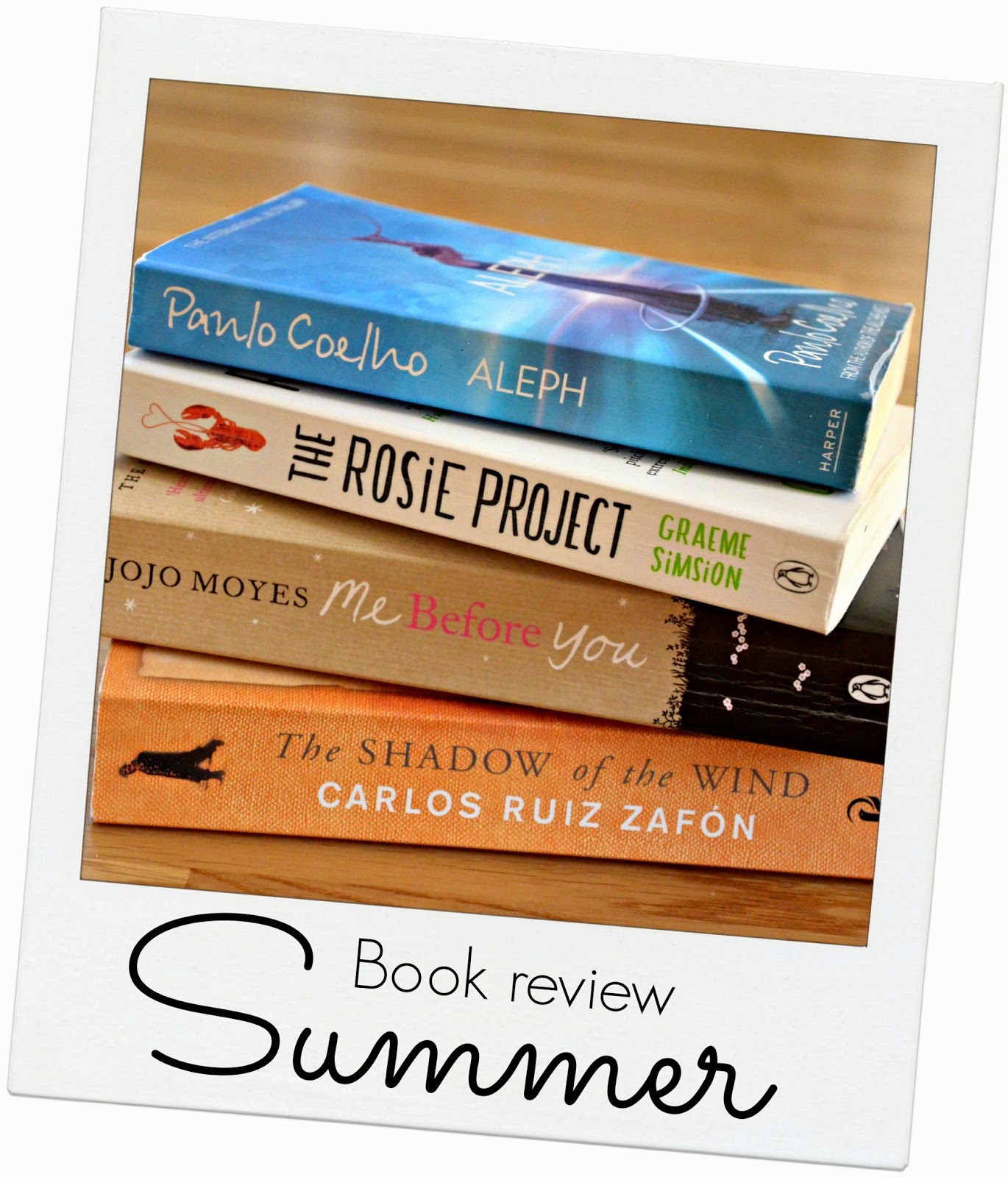 After not doing any book reviews in months, I decided to put everything together into one post. From May until now I managed to read 5 books – one of them isn’t in the picture above because I had to leave it in Switzerland (my luggage was on the edge of exploding and reached the max. weight of 23kg).
However these books are all novels and got a very high rating from me – max score! Maybe I was just in the right mood for each one of them, or maybe they’re simply great books. I can highly recommend all of them!

The Shadow of the Wind is a historical fiction book, taking place in Barcelona in 1945, just right after the Spanish civil war. A boy (Daniel) is taken by his father to a secret library of forgotten books where he’s supposed to pick one out and keep it for a lifetime. He finds the one called The Shadow of the Wind by Julian Carax and loves it so much that he wants to read more books by that author. But when he sets out to find the author’s other works, he makes a shocking discovery: someone has been systematically destroying every copy of every book Carax has written.

The next novel I read was The Rosie Project. If you like Sheldon from Big Bang Theory, then you should definitely pick this one up! An adorable, clever read from the perspective of a geneticist Don (protagonist) who has Autism. Don’s never had a second date so he comes up with a “Wife project” where the potential partners have to fill in questionnaires to see if they fit. And then Rosie appears… the ‘the world’s most incompatible woman’.

The Unbearable Lightness of Being by Milan Kundera is a classic and I finally bought and read it. This one I actually read in German since the original was written in Czech so it really didn’t matter in what language I would read it 🙂 A young woman is in love with a successful surgeon, a man torn between his love for her and his incorrigible womanizing. In a world where lives are shaped by irrevocable choices and fortuitous events, and everything occurs but once, existence seems to lose its substance, its weight. Hence we feel “the unbearable lightness of being. I simply loved it.

I’ve read many books by Paulo Coelho and the latest one was Aleph. His books are philosophical and spiritual so either you love or you hate them. I belong to the first category. Aleph is his most personal novel up to date where once again it’s a journey about self discovery. This time it’s written from his perspective as Paulo Coelho so it seems like an autobiographical novel where he travels with the Trans Siberian train trough Russia, all the way to China. Beautiful inspiring, Aleph invites us to consider the meaning of our own personal journeys. Are we where we want to be, doing what we want to do?

The last book is Me Before You by Jojo Moyes. It’s simply breathtaking, adorable, you fall in love with the characters. It’s not a classical love-story-chick-lit-shit-crap, I promise!
Lou Clark likes working in The Buttered Bun tea shop and she knows she might not love her boyfriend Patrick.
What Lou doesn’t know is she’s about to lose her job or that knowing what’s coming is what keeps her sane.
Will Traynor’s motorcycle accident took away his desire to live. After the accident at the age of 35, Will becomes a quadriplegic and things get really hard and depressive for him. Great, great read! 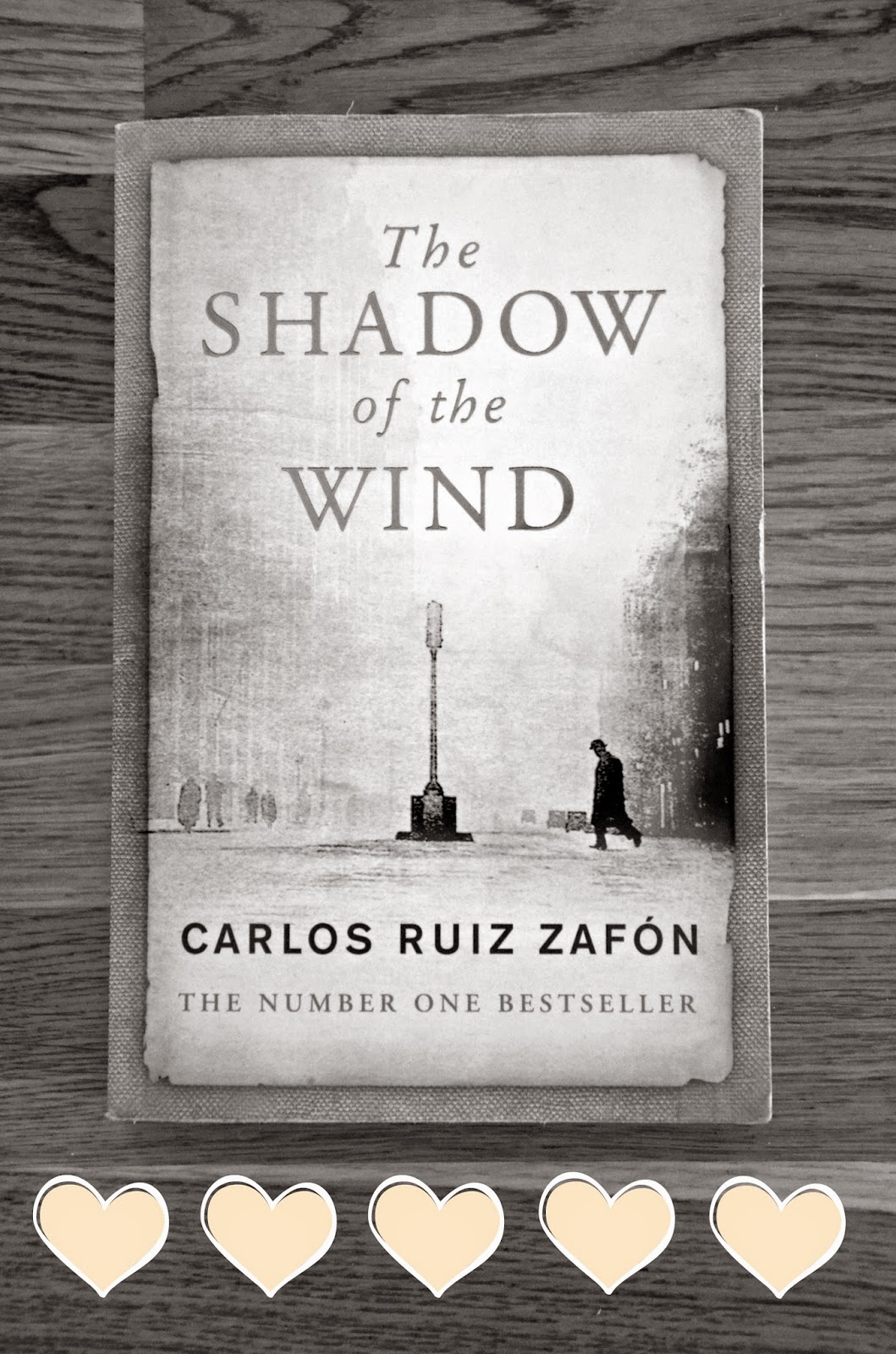 Carlos Ruiz Zafon – The Shadow of the Wind 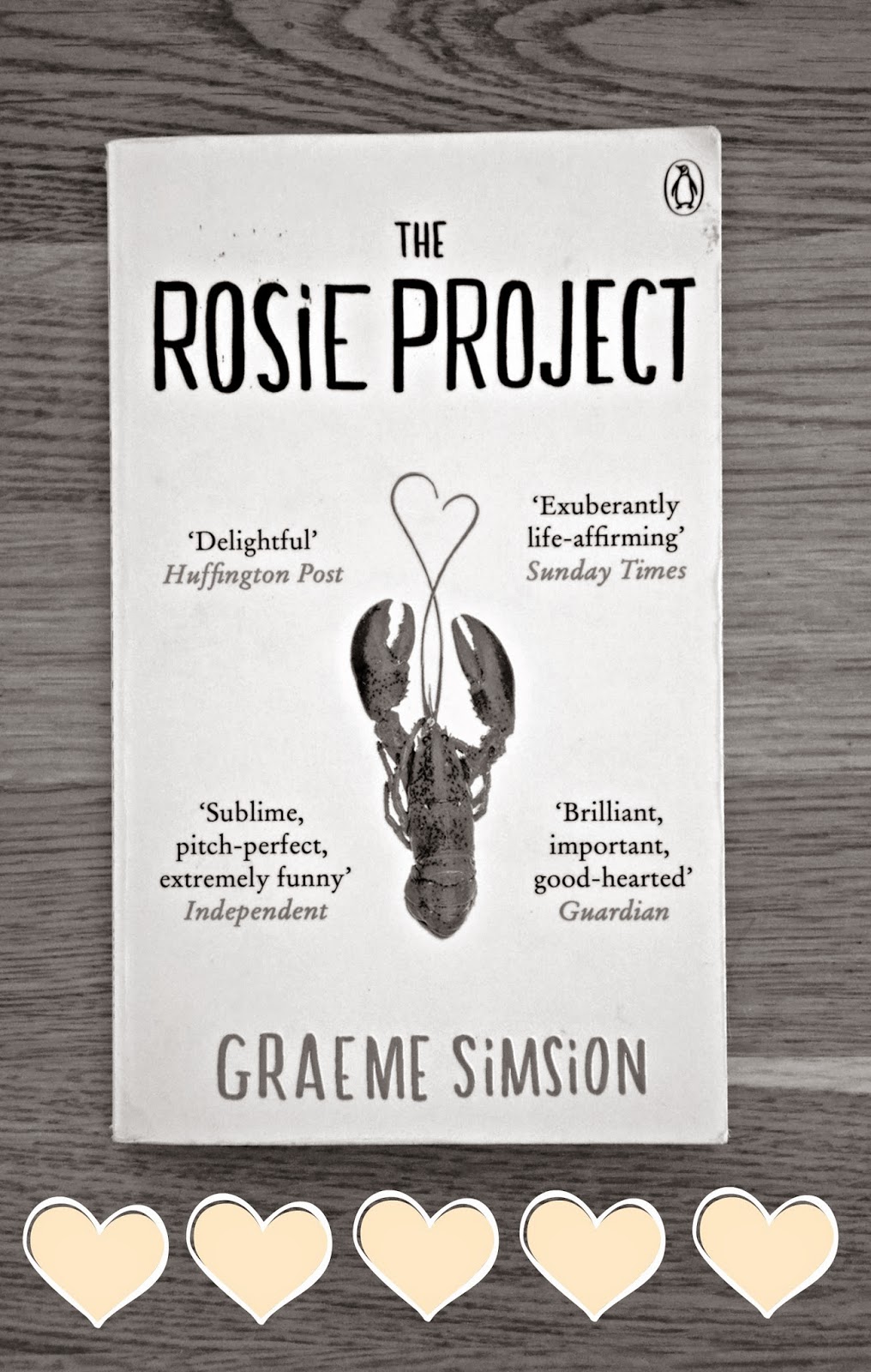 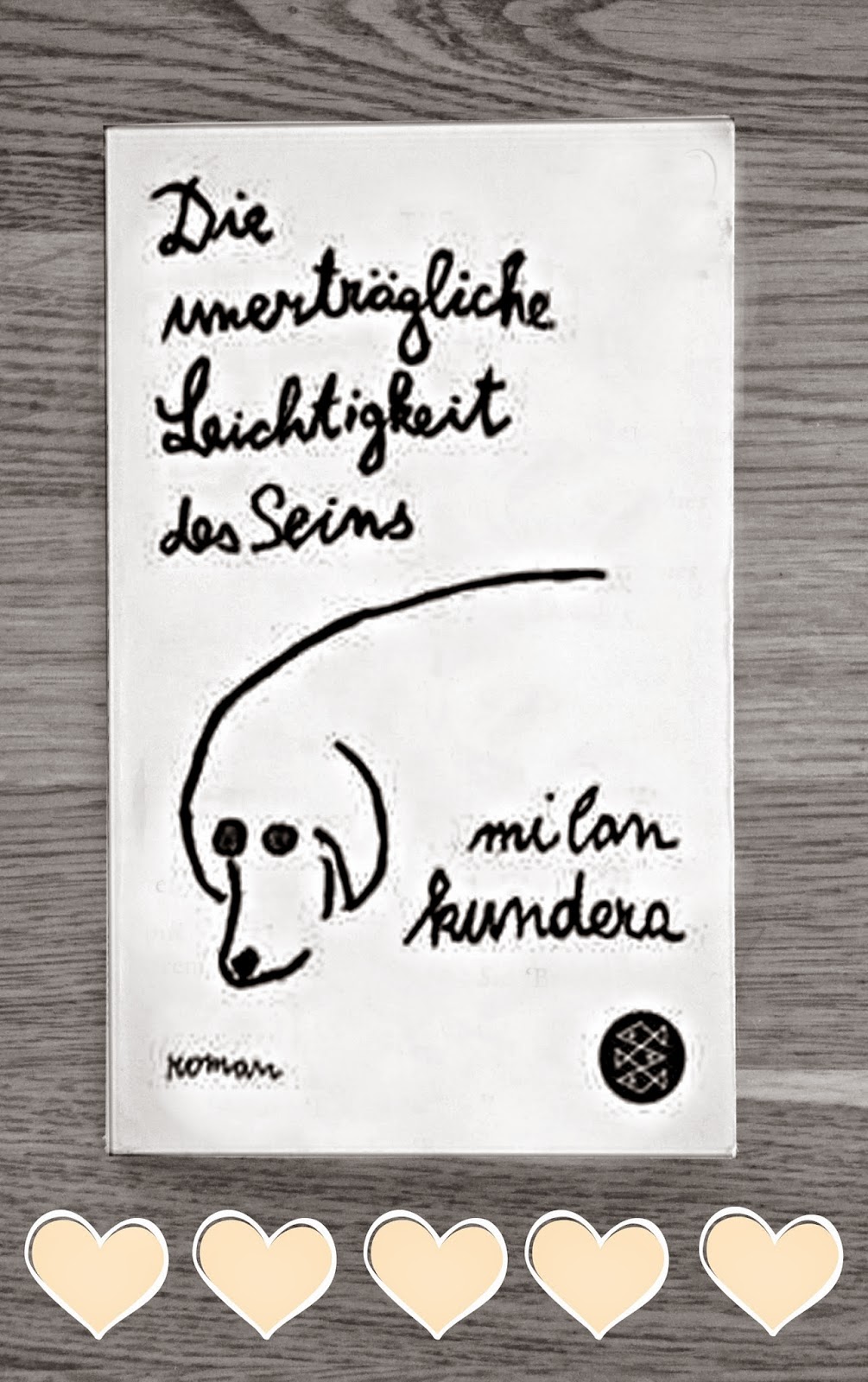 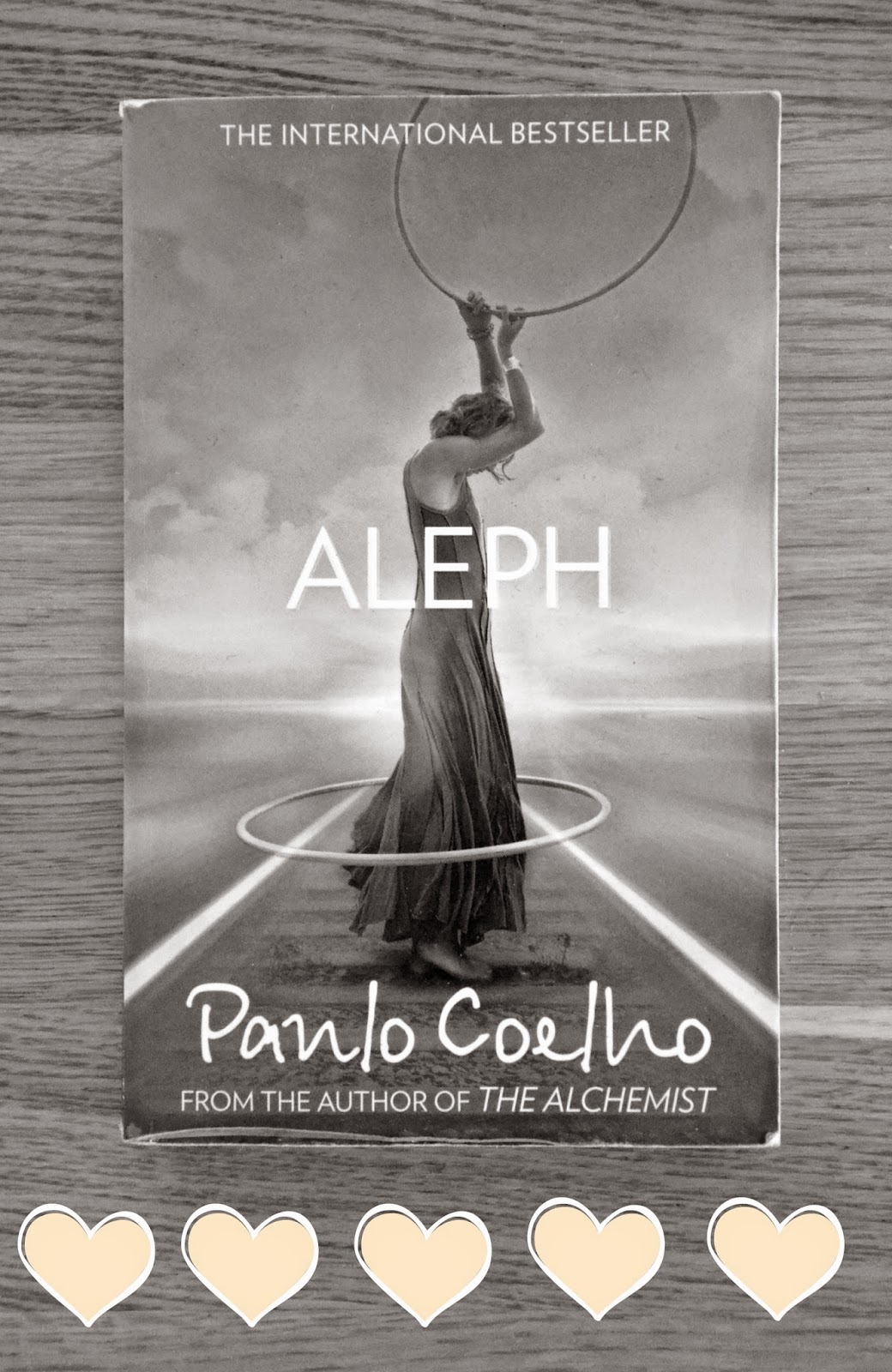 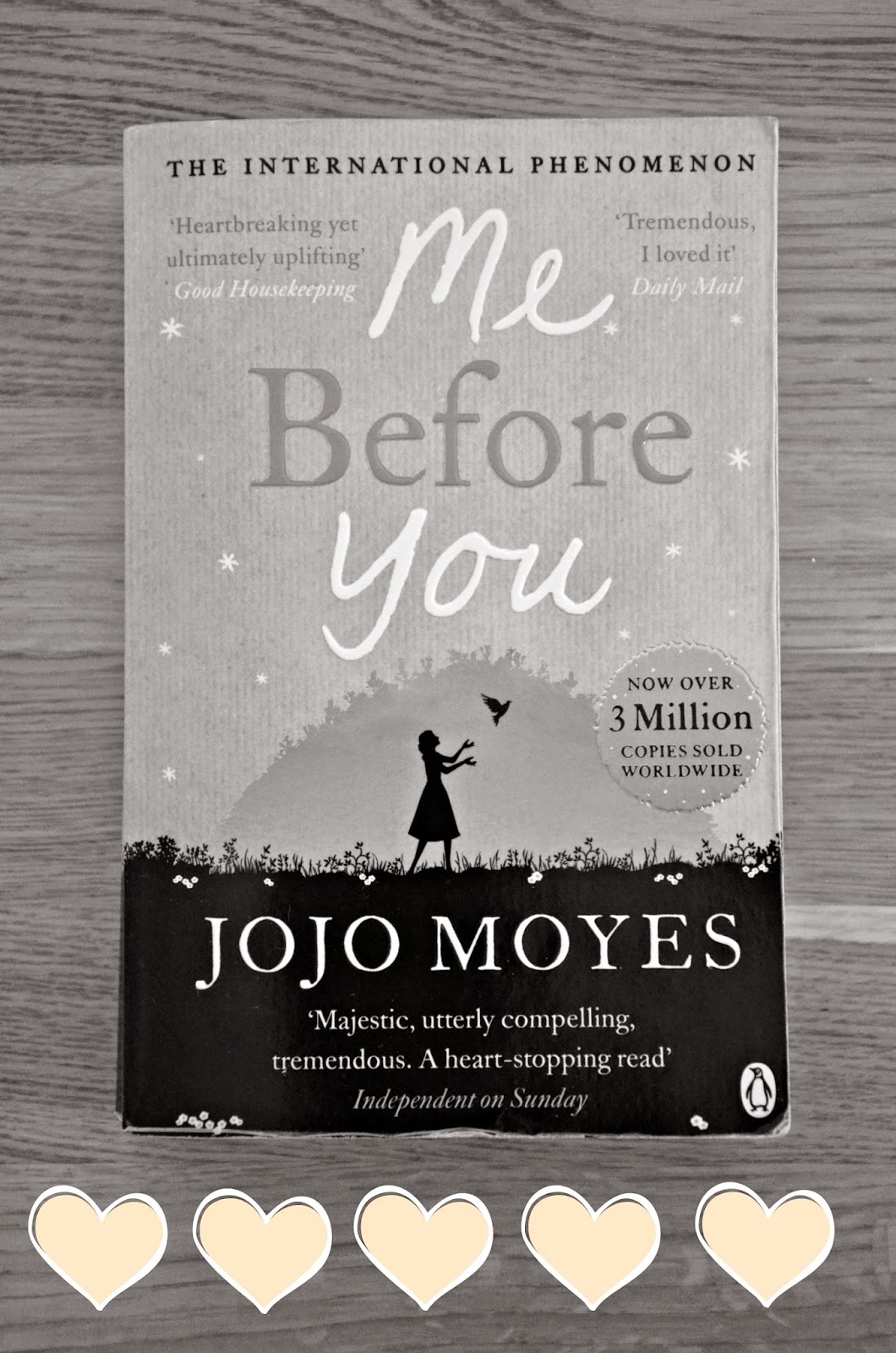 Jojo Moyes – Me Before You