It’s been a while, I know… and yes, I do wanna post more often and work on it I promise 😛 But now, let’s talk about Kat Von D. Sephora Scandinavia (Denmark and Sweden) had an Instagram challenge where they were looking for the most creative lip look #Rockyourlips. The winner would win a meet & greet with Kat Von D in Copenhagen – how awesome is that?! I thought I should totally give it a try. Nothing to loose right? My idea was to do an ombré lip look (I used 5 different lipstick colours) and to incorporate her logo somehow. Soon enough I realized that I won’t be able to do the whole logo since it would be way too messy – instead, I decided to just go with the first letter “K”. I had to practice and plan a lot on paper before I did it on my lips and I mean… I had one shot right?! It took some time but I managed to draw the perfect “K” with a black eyeliner. And this was the end result: 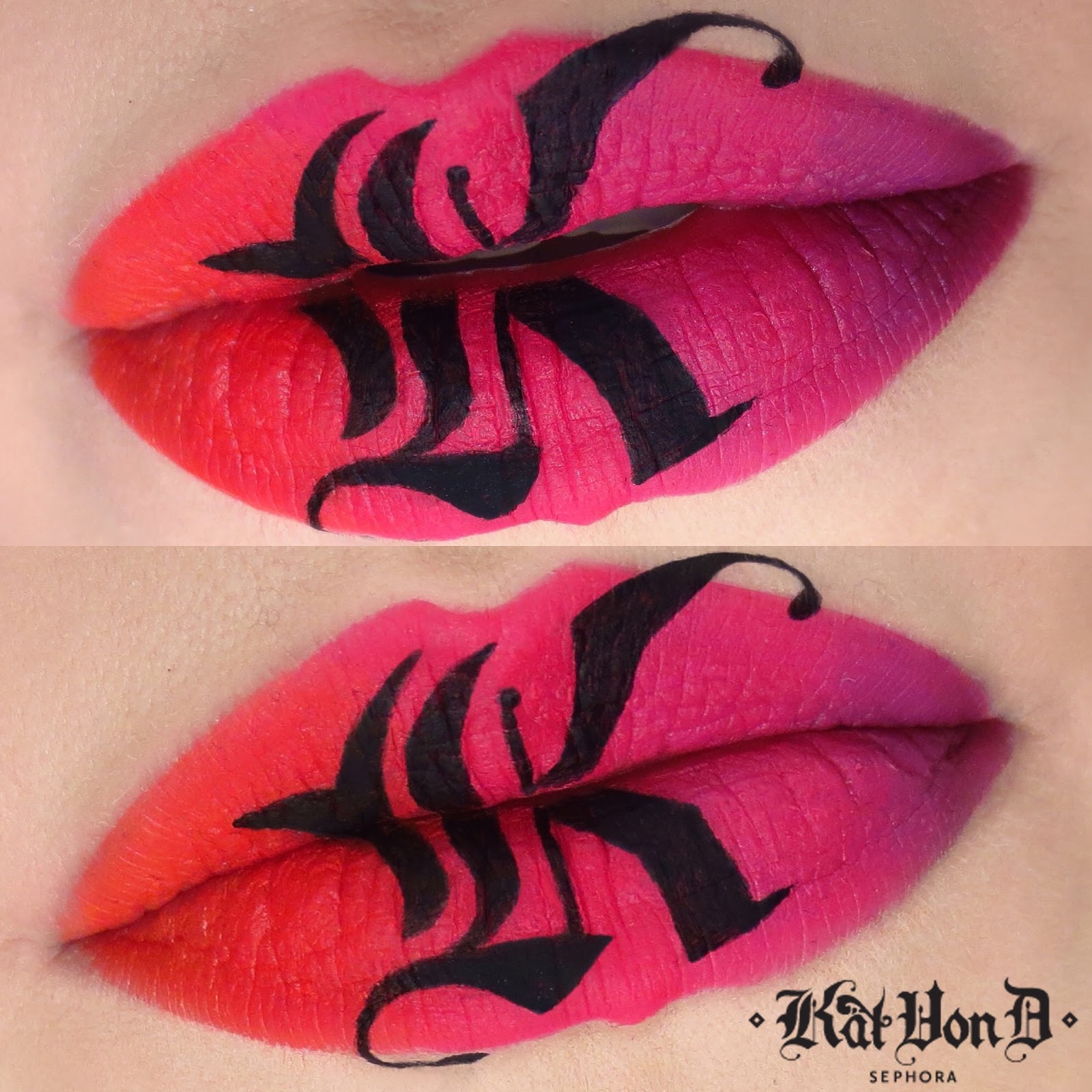 A few days after the entry of the challenge was closed, they announced the winner and OMG I was one of them! I was still at work and started jumping and screaming and couldn’t believe that I was about to meet Kat a week after that! 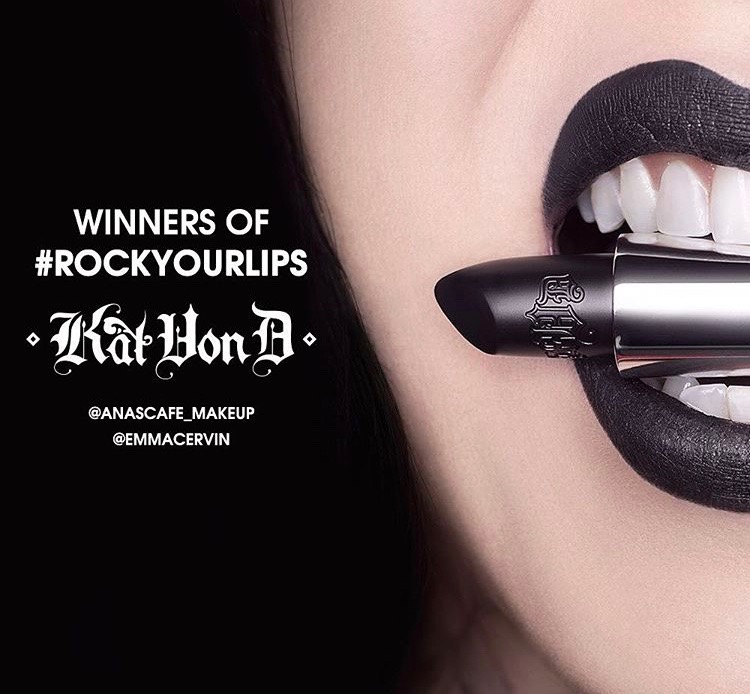 Sephora called me a few days later and they said that they would send me some products and the silver bracelets for the entry to the meet & greet. The package was so much more than I expected! You can’t imagine my reaction when I opened it and saw all the products I got. THANK YOU, Sephora and Kat Von D Beauty for this. 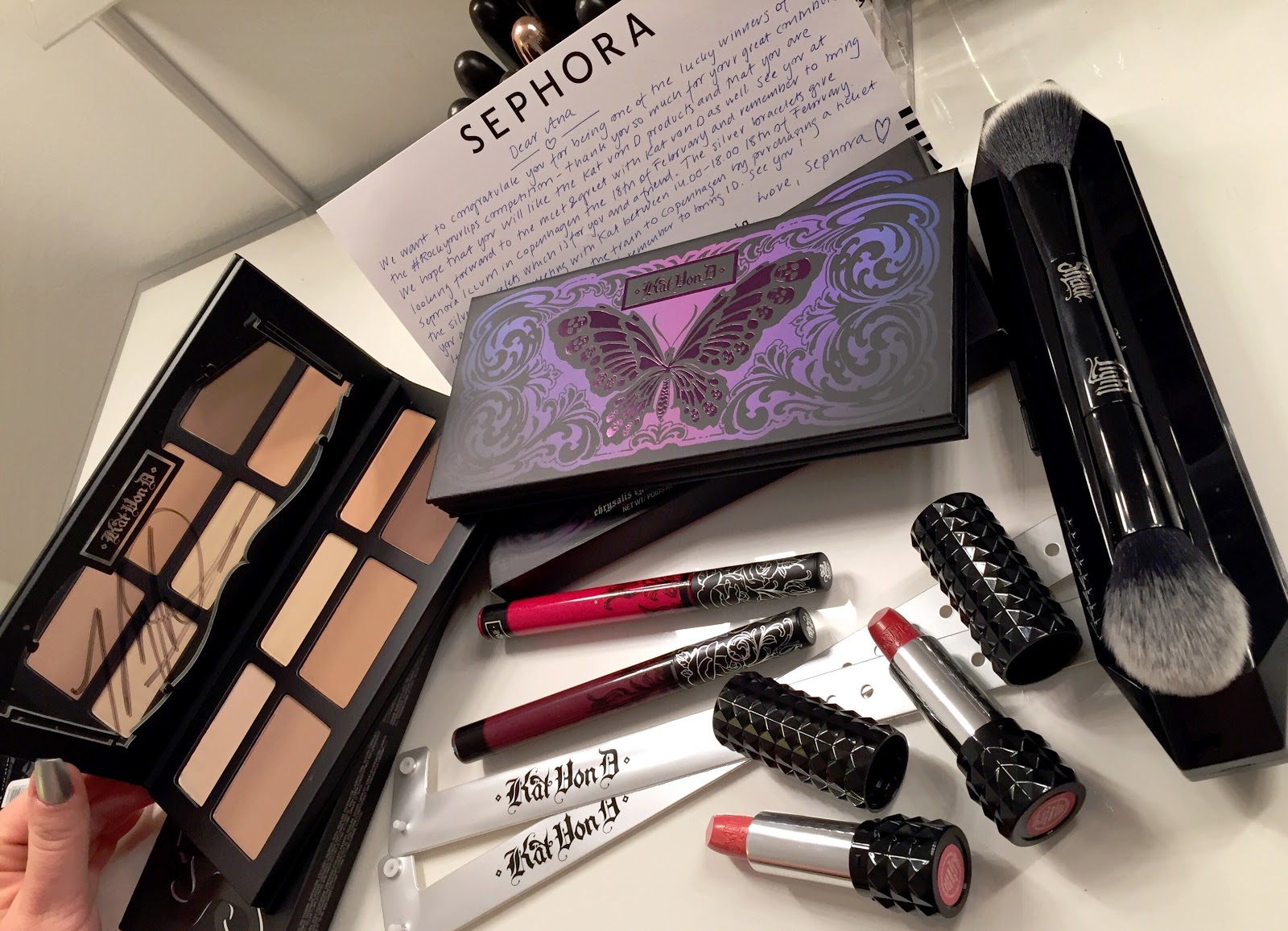 – Shade+Light Contour Palette (OMG I died when I saw that Kat signed it!!!!)

I additionally bought the Shade+Light Eye Palette and the-oh-so-famous liquid lipstick in Lolita. The contour palette is amazing and so are the liquid lipsticks and the brush! The rest I haven’t gotten around to try yet but I’ll do that and write a blogpost about it.

The big day was on February 18th! It happened that my bestie from Norway was visiting just then, so of course I took her with me. The event took place from 14.00-18.00 and we were in front of Sephora around 13.30. Yup there was a line already but I have to say that the organization was amazing and Kat was on time so everything went super smooth. 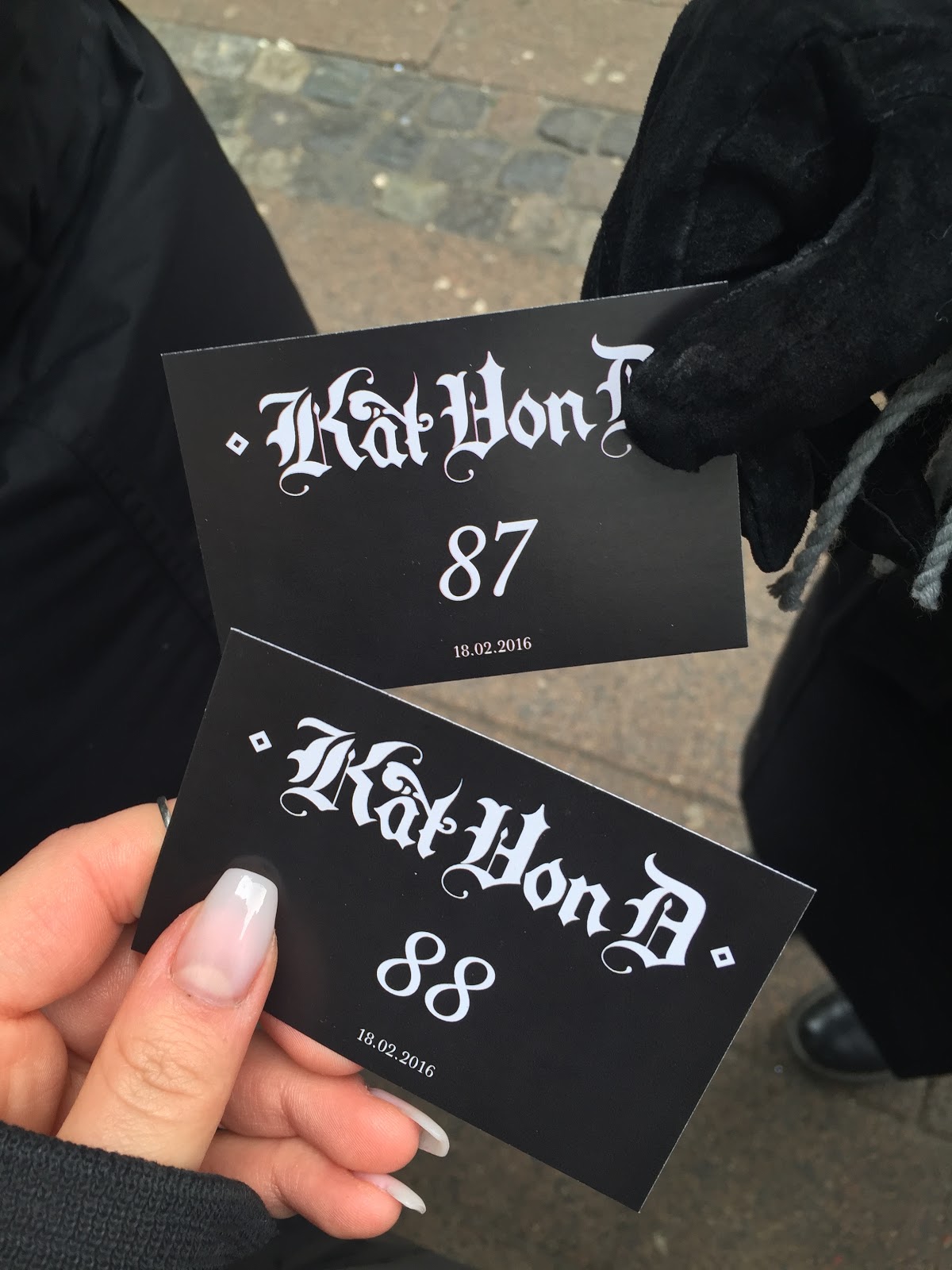 I really wanted to have something to remind me of this day so I printed my artwork and brought it with me so Kat could sign it. I was so excited to meet her but she is the sweetest person ever.

Once it was my turn, she hugged me and then she saw my artwork – She went like “Oh wooow this is so awesome I love it, come on let’s take a picture with this… we’ll take one without after as well but this is so cool”. I printed two pictures just in case and I offered her one since she seemed to like it. “Oh really? Yes that’s soo cool, thank you!” 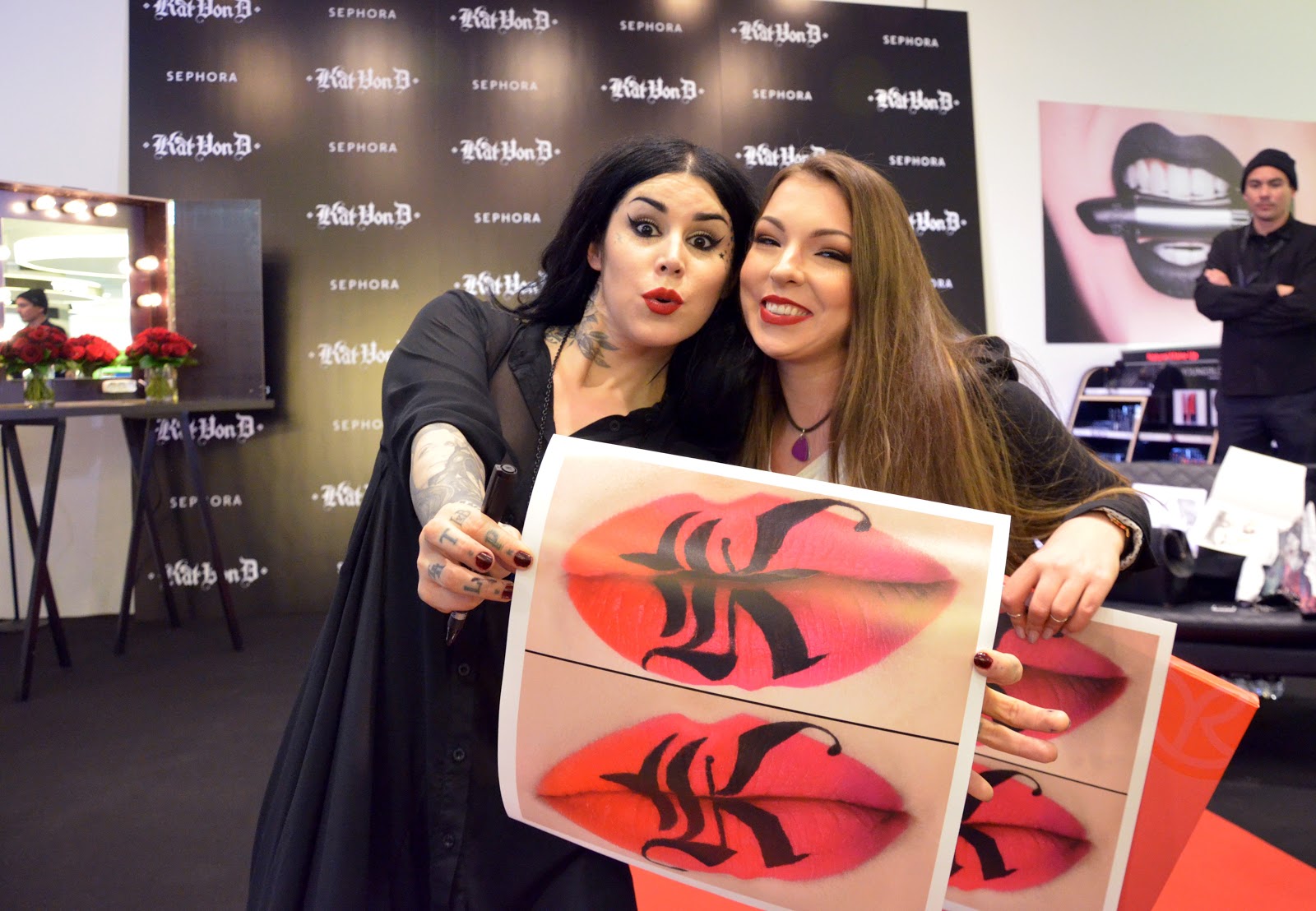 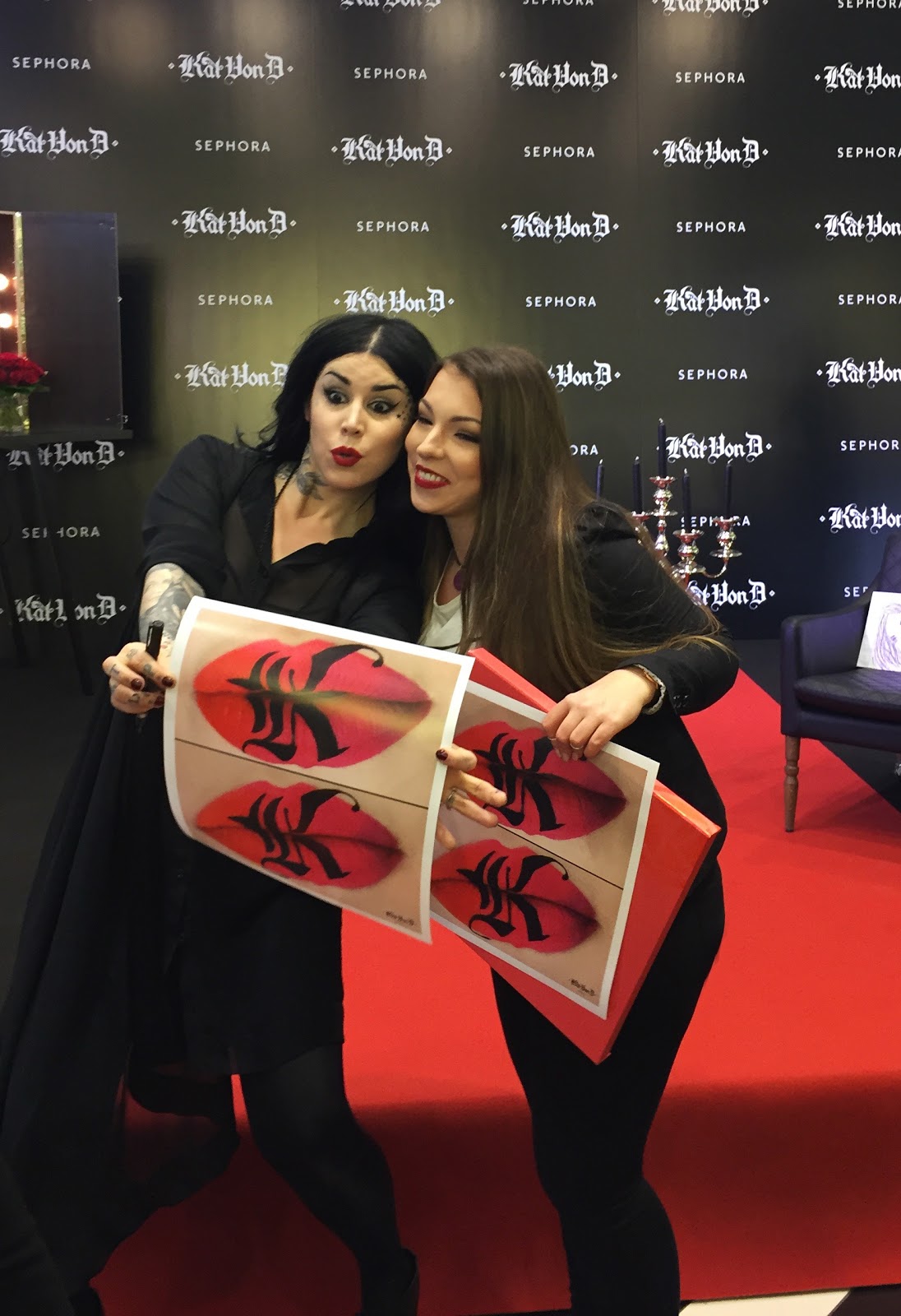 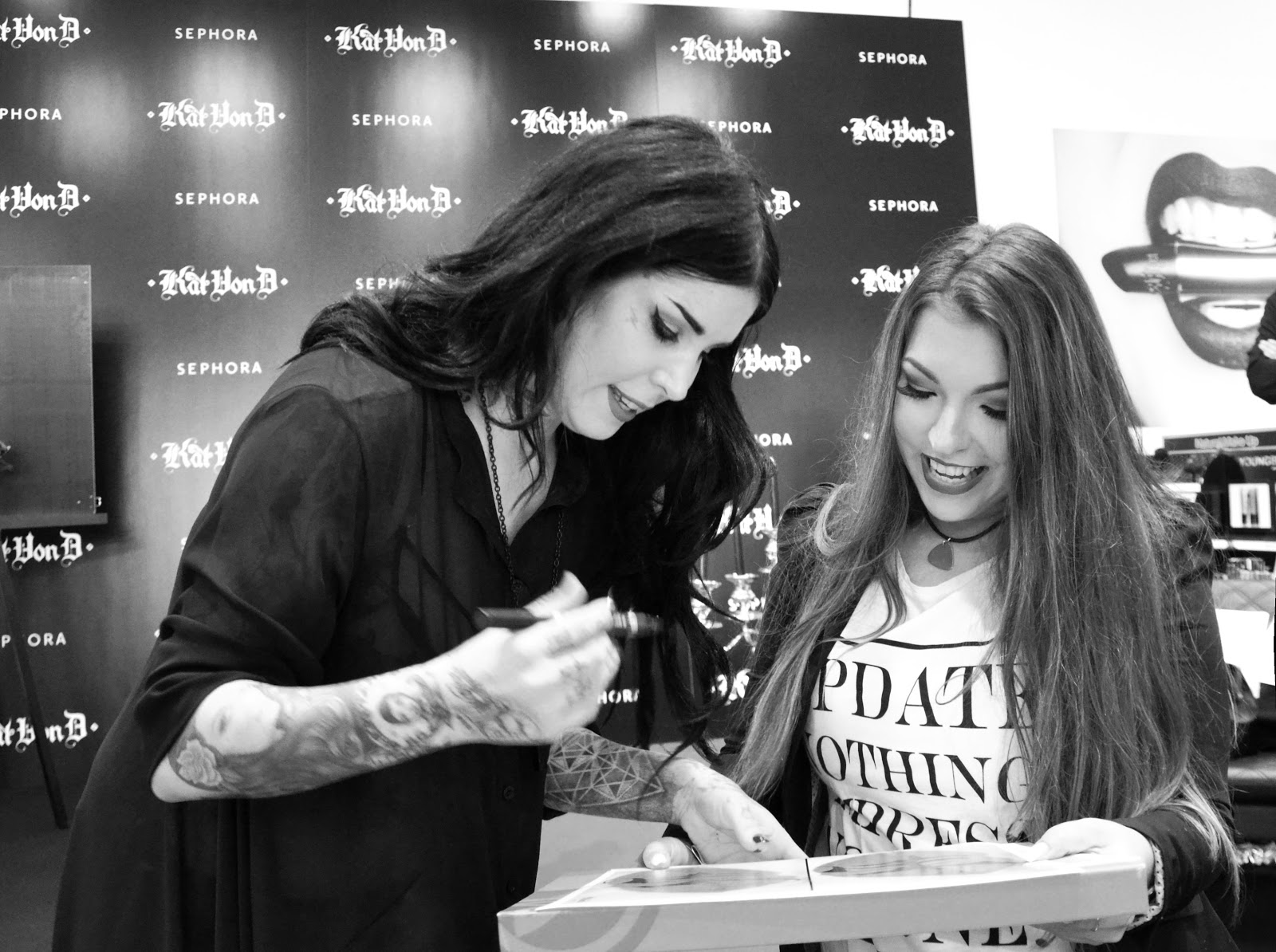 “You are so talented, keep up with the great work” were her encouraging words to me while she was signing the picture. After that we took another picture and as you can see, I was in seventh heaven (don’t ask why I didn’t look into the camera haha). And that was basically it, she asked me for another hug (yay me!) and I told her what an inspiration, and how down to earth she is and she thanked me… 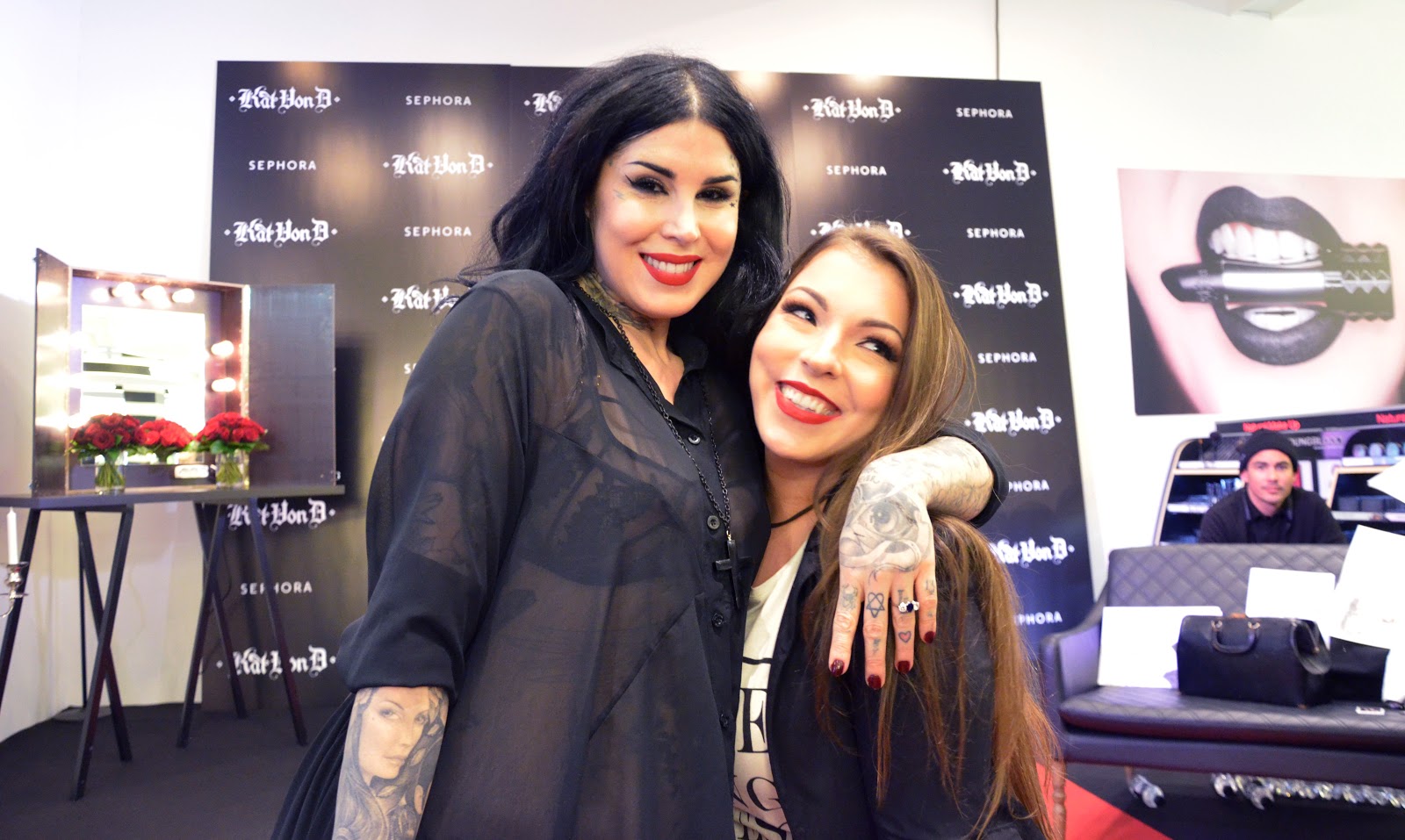 I’m so thankful that Sephora Scandinavia made this possible and thank you Kat for being so awesome, humble, inspirational and kind. It was an honour and pleasure to meet you – you are one of the nicest and sweetest persons I’ve ever met! Just beautiful inside out! 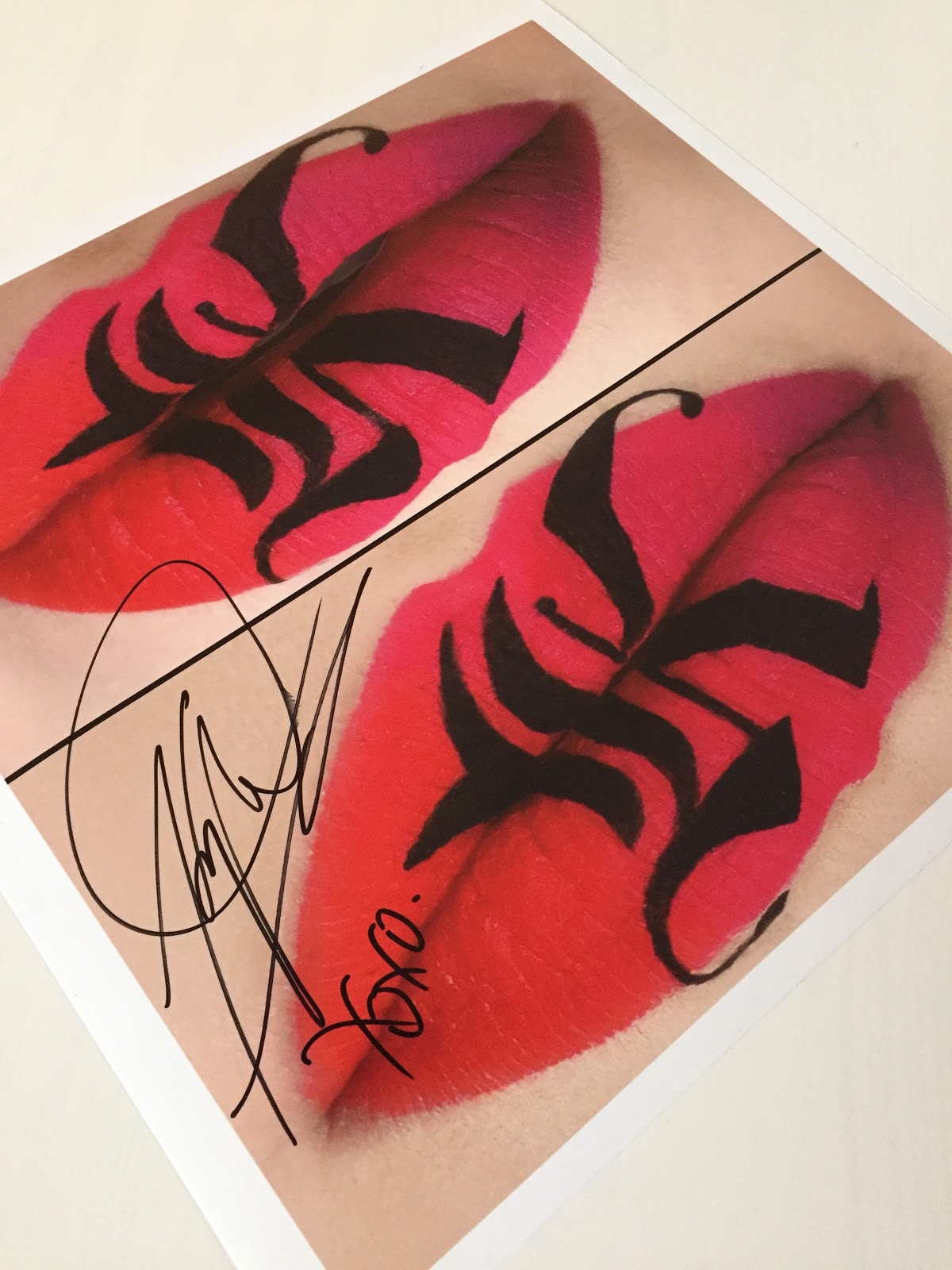