Gees I’m such a time optimist! It feels like it’s been a month since my last blog post while in fact it’s been almost half a year! This is due to various reasons and the biggest one is David’s and my move to Switzerland. Also, whenever I feel like writing something, I’m like who’s gonna read this? Like who gives a f**k about your opinion Ana, get it together! But then again, I see on the statistics that people do come to my blog, are curious and read so I decided I’ll just really try to post more often. That being said, this post will be about me or us moving to Switzerland, the whys of it and my experience of living in Sweden. 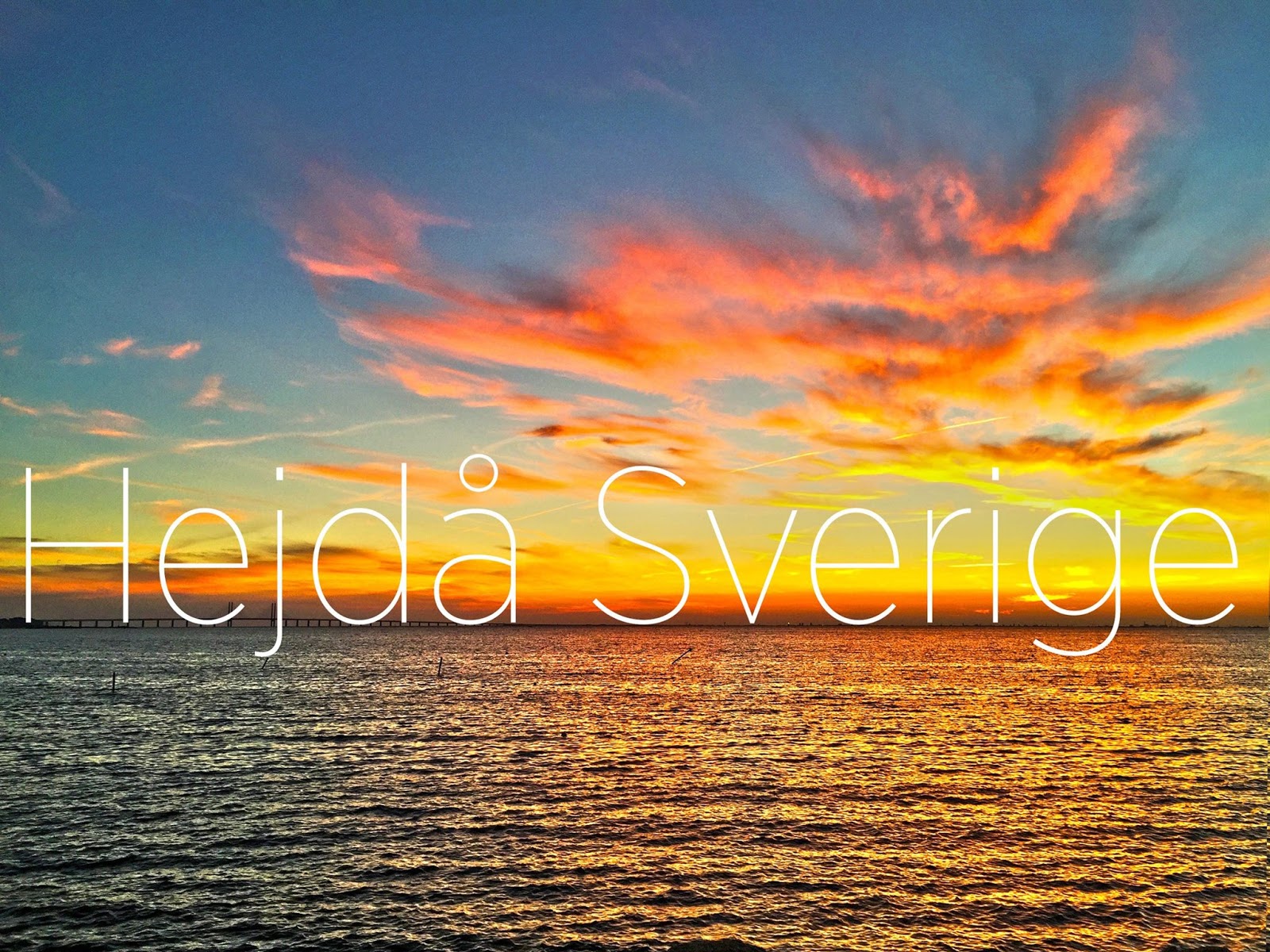 I moved to Sweden three years ago so David and I wouldn’t have to deal with long distance anymore. Since David was studying medicine and we all know that shit takes forever, it was basically up to me. I was open to it because I’ve always had a very special relationship to Sweden and so I did it.

It was hard. Especially the first year, it just seemed like a never ending struggle. I think the thing that influenced it the most was my first job or actually internship – I wasn’t payed for the first couple of months, then I was getting SUCH a low salary that I think I would have earned more by selling cookies from door to door. But, for me it was still better than nothing so I stayed, but I was miserable. It was a small advertising agency (they loved to think of themselves as big) and a married couple was running it. Maybe it’s better not to mention any details but all in all I hated going there. It was a place where it was not tolerated to come 8:05 a.m. or leave 4.58 p.m. – that says it all.

But for the sake of saying something positive, I did indeed get some experience during that time.

A whole other aspect that I couldn’t really accept was the whole Swede-approach kind of inefficiency. I apologize in advance now for saying this and I DO NOT generalize and put everyone in the same drawer, but… my God where do I even start? See I can only compare to the place I come from and that’s Switzerland. And Switzerland is FREAKING ON POINT ORGANIZED. I learned that when I moved away from it. In Sweden, everything is so vague… it’s “meh”… I’ll try to put some examples that I can think of which I have (close to) zero understanding for:

– In the three years I worked and lived in Sweden. I never got a full time contract employment. It has always been some fixed-term ones where they would keep prolonging and extending it. Until they couldn’t. Then I had to leave…. because why not (excuse is always money).

– In Sweden you don’t have payed vacation. EVER. Why? Each time you start at a new place, the whole first year is unpaid. UNPAID (!!! that’s shocking to me). It means that the first year, you kind of “earn your vacation days ahead”, so that next year you can have your five weeks of “payed” vacation. Bullshit you worked your ass off the whole year before that.

– I was paying a monthly fee to a union which was supposed to protect employees (UNIONEN in Sweden). When I actually needed the help the most, when I was mistreated at my first job and way underpaid – they couldn’t do shit. You know why? There is no law stating a minimum income or this or that… so I just had to suck it up. Wait why was I paying you?

– God forbid you need to call your mobile phone operator! Sweet baby Jesus you’ll always be put in a queue system where there are ALWAYS 25 people ahead of you. I’m serious you guys, it’s INSANE and I start to believe that it’s all just fake. But then again, no matter where you call, you always end up in that shitty queue where the same voice says “din plats i kön är tjugo-fem” (your place in line is twenty five). Recently I had to cancel my subscription and no matter what time I called, it was always 25 people ahead of me. Waiting time of 45 fucking minutes.

– Last in, first out. That’s their philosophy when it comes to the working environment, no matter what. That is something I can’t understand and I have a really hard time with it. It is only okay if you come to a new place and let’s say there are 7 people doing the exact same job and they are all equally good – then yes, the last one who got hired should go first. But, on the other hand, if that new person is top notch (and yes I am talking about myself and no I did not give that top notch title to myself, I got it from my colleagues), then that is the last person you wanna fire. If the “newbie” delivers the best work, is the most efficient, most creative, most passionate, most educated, then maybe it’s a dumb step to let THAT person go.

– Talking about work: people get titles and positions like on an auction. I mean SERIOUSLY! There are constantly unqualified people working for positions that are WAY out of their league. That dear folks is inefficient. I hate inefficient. If you have a person working for a company for 15 or 20 years, and let’s say that person started right after high school working in the warehouse, you simply CAN NOT have that same person having a manager XY title ten years later!!! Why? Because, for f**k’s sake, that person doesn’t know shit and is whether qualified nor educated to be that. I promise you, in Sweden, if you stay long enough in a place, they’ll throw the manager title at you. Whether you deserve it or not. And this is just complete bullshit, because there are people out there that actually educate themselves, go to university and know their jobs. An unqualified person just slows everything down. But then again, a qualified person would cost more right? 🙂 Inefficiency.

– Not properly functioning public transport. Seriously? You take 30% taxes from us why the hell can’t it be fixed (referring to the “signalfel” that occurs almost daily).

– 30% taxes. That just hurts every month. And no, I didn’t see the benefits since I was never sick, I didn’t get a kid, nor did I go to school so yeah I’m sure there are the “oh so great sides” of it. I prefer the 8% taxes in Switzerland. 🙂

Ok wow my negative list got so much longer than I thought! Really sorry about that and these are based on personal experience as well as what I’ve seen around me. Another thing that can’t really be affected but which affected me ENORMOUSLY is the weather. Wow I thought there is nothing worse then Swiss weather but Scandinavia gets the Oscar for it. Winter half year is just so dark, cold, windy, shitty and grey. 50 shades of grey that’s Sweden I can tell you. And it doesn’t end. From September until May – shitty. I did enjoy the summer half years though… the days are incredibly long (sunset around 22:30) and if it’s a sunny day – man those northern sunsets are different than any sunsets in the south. So colorful, in the most beautiful orange and pink shades.

It did get easier after the first year. It actually turned out really great for me – I got a job that I more than loved, and I made friendships that will last for a lifetime. David and I eventually moved out from the students apartment and got a really nice place in Västra Hamnen, right at the harbour with ocean view.

You know, it’s actually hard to make new friends at the age of 25. I mean you can’t approach a person and say: “Hey, wanna play with me?” But I did indeed met quite some people, some where friends for a short while, and some people you just connected on a deeper level with, and you know they came in your life to stay. Those latter ones I’m really thankful for.

The HDI (Human Development Index) is a summary measure of average achievement in human development: a long and healthy life, being knowledgeable and have a decent standard of living. Switzerland is ranked 3 after Norway and Australia, while Sweden is back on place 14. It’s also really good considering 200 countries in the world, but I just could not deal with all the inefficiency (in my opinion) and the fact that everything is struggle. Oh and the poker-facing… It’s socially not accepted to disagree with someone, or to tell them your opinion. Then, you are the biatch for sure and everyone is gonna hate you – just because you have a different opinion than them. I had to learn that, to not ALWAYS say what I thought, even though I did do it most of the times because I’m not fake. I’ll tell you what I think, take it or leave it.

Everything in life is an experience and Sweden taught me quite some good stuff.

– I learned and mastered a completely new language.
– I learned to eat fish.
– I got addicted to filter coffee (lots of it – like 5 cups a day).
– I started to play and like (adult) board games. And I don’t mean Monopoly (bitch please haha) but more advanced board games.
– Fika is the most important word in the Swedish language (means coffee and cake).
– I learned to hardcore recycle.
– I confirmed how much I hate bad weather (I am super affected by it).
– It’s hard to “break the ice” down to a friendship with a Swedish person, but once you do, they’ll do anything for you.
– Swedes are very helpful.
– I learned to celebrate summer (Midsommar on June 25th).
– I totally and utterly fell in love with wine. It’s just a cultural thing in Sweden :).
– I learned to love cinnamon buns (Kanelbullar).
– I’ll be baking Lussekatter every year from now on.

So all being said, I most and foremost missed my family. I lived away from them for nine long years and it was time to go home. Home is where your heart is right? This had to happen and I don’t know what the future might bring. It was my third move across countries and I can say that I’ve experienced so much in all the countries I lived in – and I don’t exclude a fourth destination. You never know where life can take you and I’m still young 🙂 Taking it lagom, as a Swedish person would say.